Considering the damage and destruction caused by the palm oil industry, what have countries like Indonesia and Malaysia done?

They haven’t done much. The changes are really the result of the work of NGOs and industry, and have also involved consumer-oriented businesses. It went much further than all the reforms put in place by governments.

Many activists and organizations fighting to stop the encroachment of oil palm plantations on tropical forests are local in the areas most affected. This flies in the face of the narrative that it is white Westerners who save rainforests and help animals.

I have met them everywhere I have been: in Honduras, where it is very dangerous for them to express themselves, in Guatemala, Liberia, certainly in Indonesia and Malaysia. They are the ones who see their livelihoods and cultures destroyed. And they are very courageous to denounce this because these activists and journalists are regularly harassed, assaulted, and even murdered. What I have also discovered is that Western organizations such as Friends of the Earth and Greenpeace have very close ties to all of these local activists on the ground. They meet them, spend time with them and coordinate campaigns with them. Sometimes they help get them to testify in Washington. And while these Western organizations might have more money and can amplify messages to Western audiences, they really take inspiration from the people on the ground. One of the activists I met in Guatemala was receiving death threats. He was very scared. He moved around, slept in different places every night because he knew the palm oil industry was not happy with him.

India imports more palm oil than any other country and has also experienced an obesity epidemic. Because it’s cheap, a lot of street vendors use it. It’s also the oil of choice for processed food companies that have flooded the country in recent years. You talk about this health disparity as an issue of equity. Doesn’t that really tell us the elephant in the room, which is poverty?

Part of the irony here is that in Indonesia and Malaysia, the palm oil industries thrived as a result of poverty reduction programs right after independence. Governments had these large, very poor populations and they had a lot of woodland. So they cleared the land, moved people, gave them seedlings and encouraged them to grow oil palm. [The governments also launched campaigns to promote domestic consumption of palm oil.] In 1965, palm oil made up only 2% of Indonesians’ cooking oil consumption, and by 2010 it had climbed to 94%. So he grew up as a result of these governments trying to figure out how to treat all of their poor. This is the problem with so many products and capitalism.

In the streets of Salvador, Brazil, frying Acarajé resembling falafels.

Part of the challenge in India is also that the country is inundated with all of these processed foods and fast food. In that context, I would say it’s the multinational corporations that are behind the dumping of this shit in these countries. It’s a very different problem than the street vendors, who are just poor people trying to get by, and they don’t have the luxury of using more expensive oils.

Palm oil is a common substitute for partially hydrogenated vegetable oils. In 2015, the United States prohibited trans fats and this prohibition left a void that palm oil gladly filled. Can we really tackle the palm oil problem if we don’t tackle the exponential rise in junk food? Because junk food depends on cheap oil, and if we just do away with palm oil, the processed food industry will look for another substitute.

I totally agree. The growth of palm oil should be viewed holistically. We are on the verge of climate collapse and we have a finite amount of land, especially tropical rainforests. And the supply of oil in the world’s diet has increased by an insane amount. We are ingesting a lot more oil than ever before and it has gone up a lot more than sugar and other sweeteners. It’s not like we need all of that oil in our diet. We never needed it, and that’s part of the reason for the global obesity epidemic.

Developing countries like Malaysia use the phrase “eco-colonialism” to defend their support for large-scale palm oil production and claim that Western activists have no right to encroach on developing economies. Should we in the West expect poor countries like Malaysia or Liberia to halt or slow the development of palm oil, given that our own environmental records are so bad?

Western governments and corporations cannot just sit here saying, “You are so terrible that you cut down your rainforests; you have to stop doing this. If we expect these governments to stop development, then we must compensate them because it is in our best interests. We need to start legislating on this side of the globe to make that happen.

I’m a little optimistic that between the pandemic and climate change becoming a reality, people are starting to feel that we really need to change. Reality is finally coming home. I think companies are realizing that as well. It is self-preservation. Time is running out and [the people running] these companies are going to be as fucked up as we are if the planet collapses. the LEAF [Lowering Emissions by Accelerating Forest finance] Coalition, a new initiative to reduce emissions by protecting tropical forests, was announced during President Biden’s Climate Summit. It is made up of governments, including the United States, Great Britain and Norway, and a group of large companies like Amazon, Airbnb, Unilever and Nestle. The goal of this coalition is to create an international market in which carbon credits can be sold in exchange for avoiding deforestation. This is an improvement over a previous initiative called REDD +, a United Nations program which started in 2008 and has faces challenges.

You mentioned the new initiative focused on preventing deforestation in exchange for carbon credits. I wonder if the role of palm oil in intensifying carbon emissions is increasingly a flashpoint, and in particular the damage to peatlands in these tropical rainforests. Most people have never heard of peatlands, so can you talk about what they are and why they are so crucial to all of humanity?

Peat bogs are essentially soils formed over thousands of years by the accumulation of organic matter. But they’re waterlogged so they don’t break down. In Indonesia, Borneo and Sumatra, peatlands can be up to 60 feet deep. . . it is essentially carbon in the making. When palm oil companies want to establish plantations, they dig canals and use waterways to bring in their excavators. Then they cut down all the trees, let the water run out, then set them on fire. And because it’s so humid, these peat fires can literally smolder for years, if not decades, while emitting carbon. This is a carbon bomb. According to International Forestry Research Center, a forestry organization based in Indonesia, the annual carbon footprint emissions from Indonesian forests and peatlands rival those of the all of California. 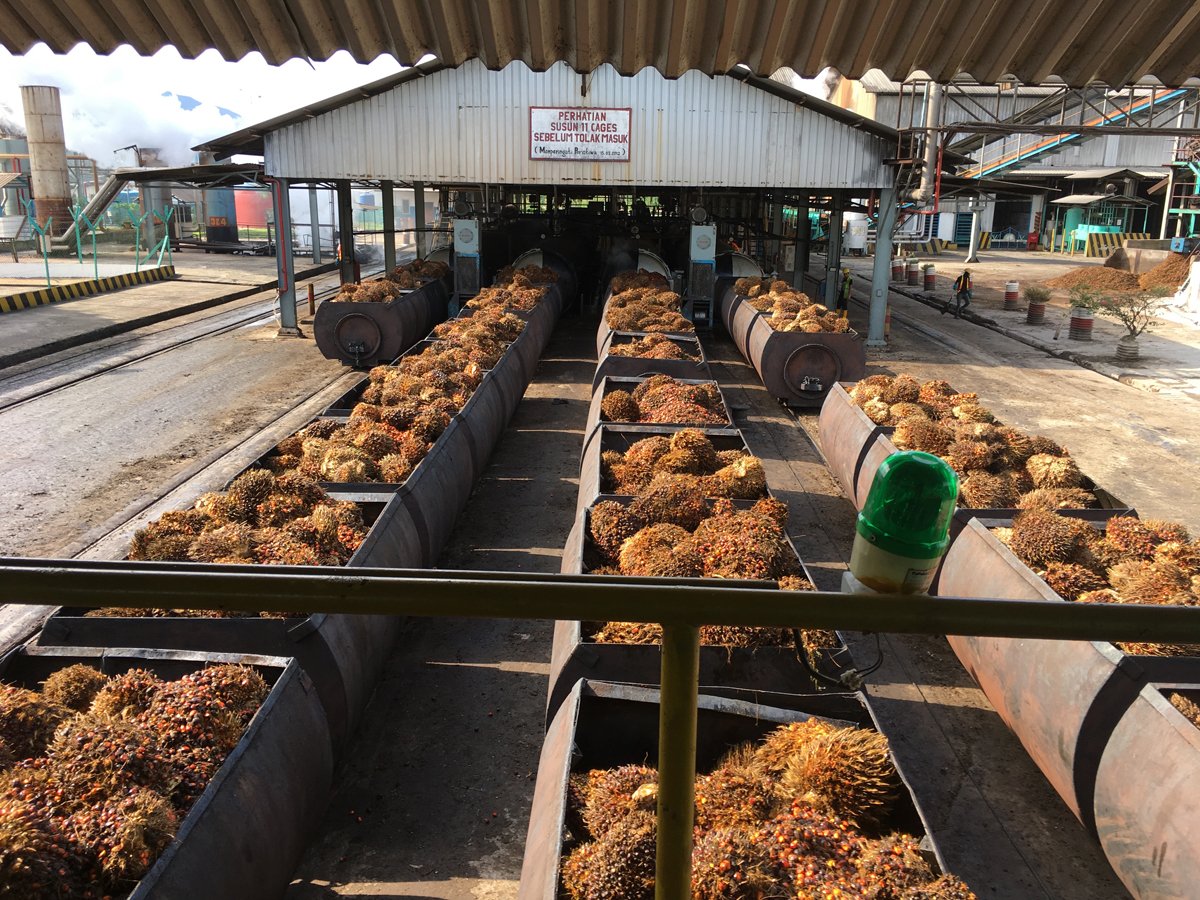 In the mid-2000s, President Bush announced a new mandate on biofuels [known as the Renewable Fuel Standard or the “ethanol mandate”]. The European Union has also adopted a similar mandate to obtain more biofuels from plants. It has been hailed as this great opportunity for American farmers and for the environment, a way to reduce our carbon emissions. But what we didn’t realize is that if you start using more soybean and corn ethanol in this country to make fuels, then those crops will no longer be available in sufficient quantities for supply. food. And so, either Americans will have to stop eating so many processed foods, or you will have to bring this oil from elsewhere. It was a disaster that we created. The mandate essentially gave the green light to palm oil companies to expand, cut down large swathes of rainforest and destroy peatlands because they now had a new market. And in the European Union, unlike the United States, they also used palm oil for the production of biodiesel.

The results of these policies have been catastrophic. If you actually do the carbon math and take into account that companies are destroying tropical rainforests and burning peatlands, resulting in huge carbon emissions, you realize that biofuel is not a fuel at all. sustainable fuel. In fact, it’s much worse than petroleum-based fuels. So the EU changed its mandate last year and you can no longer use palm oil in biofuels there. But the mandate in the United States has remained the same, and we are still importing more palm oil to fill that void.

What about sustainable and certified palm oil that is socially and environmentally responsible? Should American Consumers Trust These Claims?